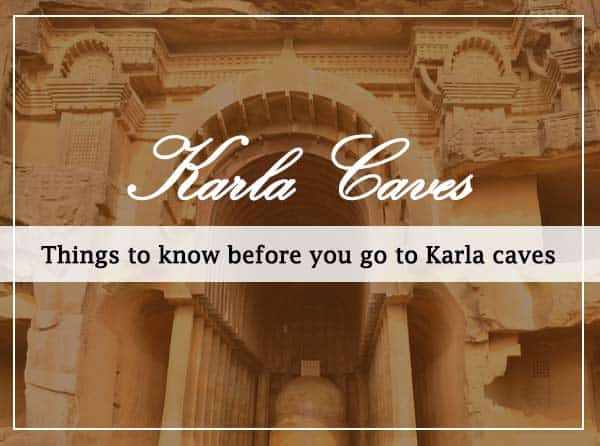 There are so many things that you must know before you go to karla caves. It is a significant tourist spot from a historical as well architectural point of view. Read all about that you need to know about karle caves.

Referred by different names like Karla, Karle and Karli
Karla caves are approximately eleven kilometres away from Lonavala. These caves are a beautiful complex of ancient Buddhist Indian rock-cut caves. These are also referred as Karli Caves, Karle Caves or Karla Cells. There are many things that you get to see and do in karla caves. The Karla caves are a famous point of attraction of lonavala tourism and hosts several tourists from every part of the country. Here are some facts and interesting features of karle caves.

How to reach karla caves?

● By road it is very easy to reach Karle caves as it’s just about 12 km distance from Lonavala. There are frequent buses from Lonavala to Karla caves.
● By train: Lonavala is nearest railway station to reach Karla Caves. After reaching Lonavala railway station you can hire a taxi or bus according to your convenience.
● By Air: Pune is the nearest airport city. Pune is connected to other parts of the city very well by air.