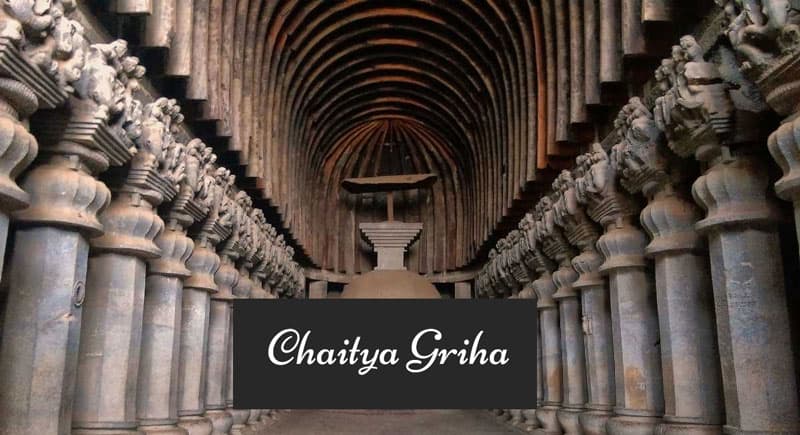 Eleven Kilometres away from Lonavala, are a beautiful complex of ancient Buddhist Indian rock-cut caves at Karli called Karla caves. These are also referred to as Karli Caves, Karle Caves, or Karla Cells. There are many things that you get to see and do in Karla Caves. There is a Karla temple known as Ekvira Mandir. The Karla caves are a famous point of attraction of Lonavala tourism and hosts several tourists from every part of the country. Here are some facts and interesting features of Karla Caves Pune. From different sources like carbon dating and rock inscriptions, it is affirmed these are the oldest of the cave shrines and it is believed that they developed over a considerable period of time, from the second century BC to around the 10th century A.D.! Their affiliations can be referred to as the Mahāsāṃghika sect of Buddhism which was prominent in this region of India.

What is Chaitya Griha?

A prayer hall of a temple is called as Chaitya Griha. It is used in Indian religion and mainly in Buddhism. Other than India this term is also prevalent in other Buddhism following countries like Nepal, Cambodia, and Indonesia. One will found the same chaitya term in Hindu and Jainism too. Karla Caves Pune too has a beautiful chaitya hall.

The chaitya griha is an Indian rock-cut architecture which is an amalgamation of timber and stone. The chaitya halls have two types one is Rock cut Chaitya Hall and the second one is Freestanding Chaitya halls.

These chaitya halls can be dated back to 3rd B.C. These chaitya halls were circular inscribed in a rectangle with pillars constructed around the stupas. The Bhaja Cave Satya is the living example of such kinds of halls. It used to have a wooden facade but now it is lost with time. The Bedse cave is another example of Rock-cut style architecture. These caves are polished in Mauryan style. Some other caves in this league are Ajanta Caves, Ellora Caves, Udayagiri and Khandagiri Caves, Aurangabad Cave, etc. If one aspires to see some structure like this one must visit the Karla chaitya hall